Writing a blog post takes time and energy.
It can be easy or it can be arduous.
It is more fun to write about my favorite things,
I assure you.
However, God and people and relationships are
among those favorites.
I suppose that even the posts that cause me to squirm as much or more
than you are just as important.
As you read today, keep in mind that every blog post is a mirror
before my face and as I gaze intently and intentionally, I find
a window leading me to His face,  finding grace and mercy in my
time of most desperate need.
If you see a mirror today, don’t forget there is a window as well. 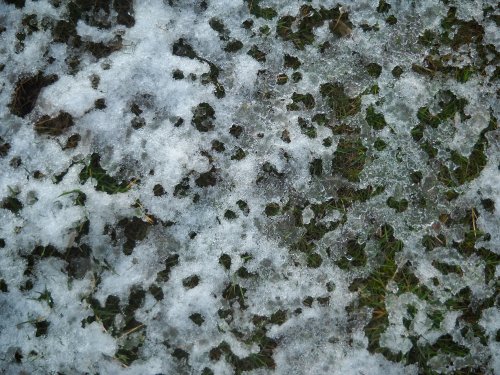 I love this name.

Carl and my favorite biblical character is Joseph found in the

God will add  is the meaning of Joseph.

When we found that we were expecting a third child, we knew

that Joseph would be one of our boy names.

We didn’t find out what we were having with the first two pregnancies.

There are so few surprises anymore.

Technology is amazing but perhaps we were old-fashioned and wanted

this fact to be hidden.

the momentous event happened, we decided to take a peek.

A boy, that once we laid eyes upon him, would be named Caleb meaning faithful,

adding Joseph as his middle name, anchored him into our family.

I never fancied myself a nickname person until I had children.

I wonder  if my kids ever pause when asked  their name, running through

all the possible answers.

Caleb has so many pet names.

He calls himself Cale and Nick.

I have no idea where the second name came from.

One day he just said,

We also call him Joseph and Jo Jo.

He and the girls came up with Broseph. Funny!

For a family of five, we have quite a few names.

I apologize for the long introduction.

I have read the account in Genesis many times.

When I approach it, I pray that God would give me new eyes

Today was one of those days.

I read the  first eleven verses of chapter 37.

As a summary, it is clear that

of the 11 brothers, Joseph is the most loved by their father Jacob.

If there was any doubt, Jacob made him a spectacular tunic to make his affections

His brothers hate Joseph for this reality.

I wonder what they called Joseph.

Joseph beckoned to his brothers to listen to his dream.

In a nutshell he said, you guys will one day bow down to me.

His brothers hate him all the more.

What did they mutter under their breaths when they thought

of Joseph and his big dreams?

As quick as a flash,

Joseph was back with another dream expanding the breadth of

of his future status to reverence from sun and moon no less.

envy to their hatred.

3 times in these 11 verses we read of the brothers hatred, jealousy and envy.

Verse 4 in the amplified version caused me to pause:

and could not say,

Peace [in friendly greeting] to him

speak peaceably to him.

I find the amplified version quite telling.

The war was so intense they could not even greet him in peace.

They couldn’t even say hello without it having evil undertones.

There cannot be peace when there is hatred and jealousy.

I wonder if Joseph’s brothers avoided him?

How often was he the punchline of their jokes?

It is easy to use humor to deflect our true emotions.

What did they say behind his back?

This morning I had to take inventory of my relationships.

Do I have people who I avoid?

Could my avoidance stem from jealousy?

Have they hurt my feelings?

Have they taken a position that I assumed was mine?

am in their presence?

What do I say about this person when they are not around?

What adjectives do I say aloud or are those words saved for my mind alone?

This could point to lack of peace.

Would I rather stew than resolve?

Do I feel entitled to my attitude?

Wasn’t Joseph a bit boastful in his delivery?

to the umbrella  in my hand, not in my drink?

Do other’s dreams cast a shadow on my own distant ones?

Could God love them more?

I don’t think these are  questions to quickly dismiss.

war is intended, if not in action the damage is done in our hearts.

Relationships can be loaded up on a caravan and sent to a faraway land,

declaring them as good as dead.

It takes courage to inspect thoroughly to reveal bloodstains.

“Depart from evil and do good;
seek, inquire for and crave peace and
pursue (go after) it!”

Oh that I would crave peace in all my relationships.

It has been several days since I began this post.

This morning, we woke up to a light layer of snow.

Our backyard in its normal winter state is a disaster.

There are scattered branches, plants that I should have pruned during the

autumn, pine cones among other debris.

But when it snows, my backyard is instantly transformed into a place of beauty.

It has the appearance of being clean, pure and innocent.

The snow fools the eyes until the sun shines.

I imagine that is why we have the expression to “snow someone”.

The photo above was taken of our front lawn after the sun began to shine.

There is fresh green grass.

Will we continue to snow others with our false smiles allowing

our hearts to become icy?

true conditions are revealed and allowed  to thaw?

It is only through the thawing process  that

new patches of growth are visible and can flourish.

This morning I read one of my favorite psalms.

Psalm 27 could produce countless blog posts on its own.

my Maker in gratitude.

It is hard to look in the mirror.

It is not just because of aging.

It is hard to find yourself lacking once again.

But I remain thrilled  that my God is Light.

The light of His presence reveals and  illuminates those

areas in my life that need to be drawn out.

Yet He is also my salvation.

He won’t leave me to drown  in a puddle of my own  melted snow.

He comes to me with a towel and an embrace.

He is my Refuge and the Stronghold of my life.

I don’t have to be afraid to dig deeply or  be seen by Him.

If any part of this lengthy writing has spoken to you,

go to Him and find His already outstretched arms.

His face is positioned towards yours.

I would encourage you to read through Psalm 27.

every enemy, be they physical or spiritual.

May you crave peace with God,

in your heart and

in all your relationships.

2 thoughts on “in the name of peace”